One day, several weeks ago, Natalia and I were having one of our impromptu note taking sessions in the beer room. (we talk to each other about marketing related stuff, take notes, then dare each other to be in charge of that thing we just noted)

One of our discussions led to Iron Horse IPA and rebranding it.

The iron horse brewery cousins are usually pretty unified regarding beer labels, beer names and overall branding, however when it comes to the Iron Horse IPA label, there is a rogue group among us that doesn’t really like the label at all. I confess to being one of that group.

However, given the fact that rebranding an existing product that is presently in the market requires a good deal of effort as well as the potential to lead to brand confusion, we decided to not touch the label.

We did come to a pretty strong conclusion that we needed to do “something” with the IPA brand. The beer is delicious and amazing – everyone should go buy 42 bottles right now – that’s not the issue.
We had already done some work on the descriptions: dry-hopped, tongue-friendly, danktastic. These will be making their way on to the beer bottle labels shortly. (note to self, change IPA labels)

But, something was still missing.

What to do with the damn horse?

Then, we had a revelation. I’m not sure if it was Natalia or I, but we asked the question:

What do you do when you can’t change something you don’t like?
You embrace it.
Lenny style. You hug it out, squeeze it so much until you love it.

So that’s what we decided.
We’d love the horse, with it’s upright stature and prissy hooves.

But if we were going to love the horse, the horse had to have a name and personality.

The personality was a no brainer. Sarcastic Asshole. Boom. Done.

The name took a few seconds longer, but ultimately we only ever came up with one name, because it was so perfect and amazing and wrong.

Yep, Chauncy the sarcastic asshole of a horse. 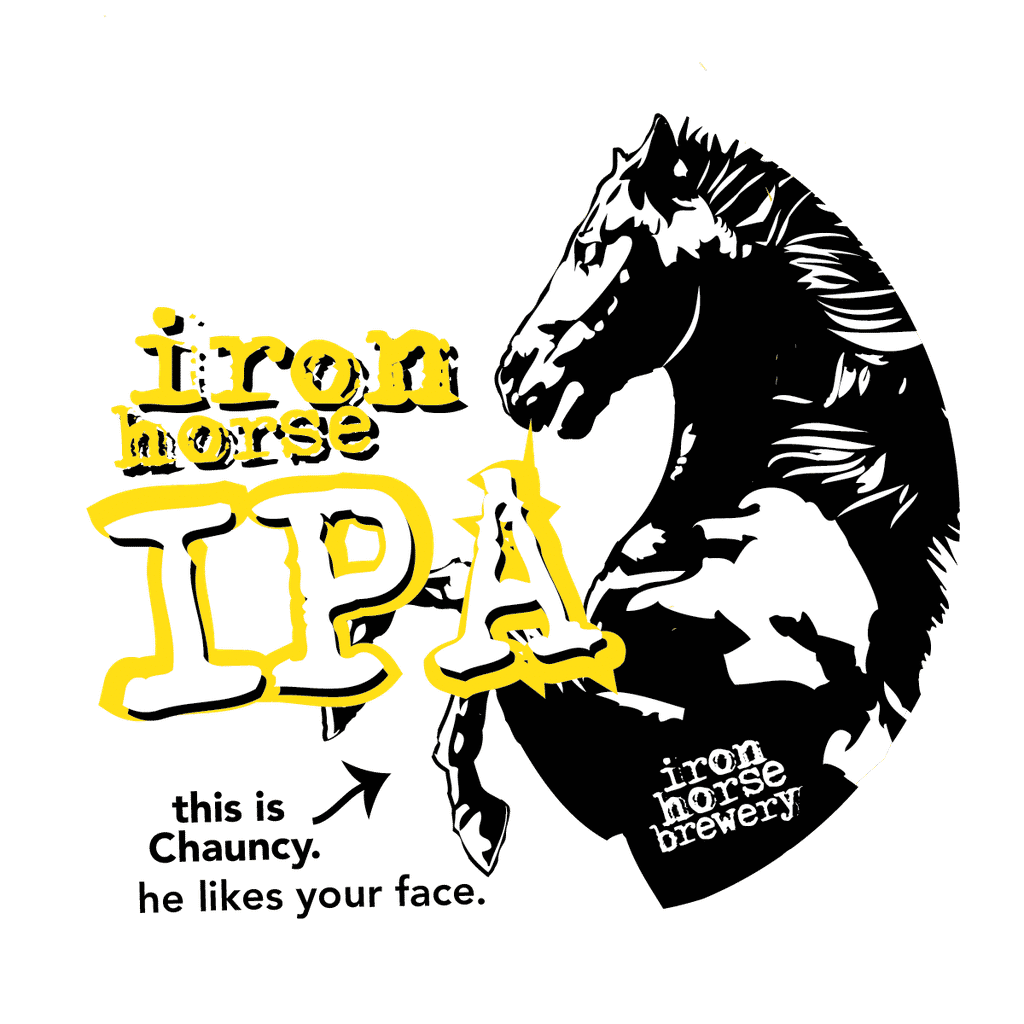 You are going to be seeing a lot more of Chauncy very soon.

For the first time ever, you will soon be able to drink out of an Iron Horse IPA pint glass 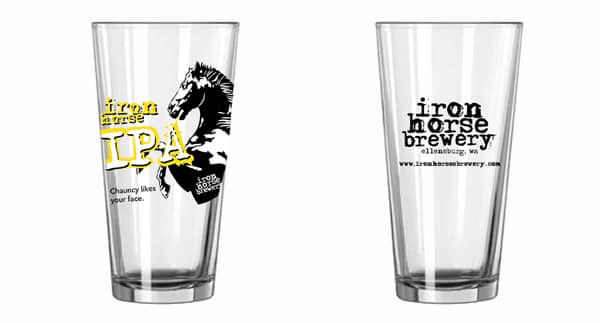 New Interactive Iron Horse IPA Coasters
We thought we’d have a little fun with these.
Coasters are generally so boring. So we thought we’d make them interactive. And by interactive we mean, you can write on them.
We left a space for you to “make Chauncy talk”. You can even email Chauncy, and you’ll probably get a (delayed) snarky reply back. Because, more email isn’t boring right?

This post is too long, so I’m cutting it off now.

If you have any strong or indifferent feelings on this non-change-change I’d love to hear them.

Oh, and here’s a bonus clip of Tess talking about Chauncy.