We often get referred to as the brewery that sells Irish Death.  While we are proud of this, we also do other things.  These things include Greg’s secret obsession with cribbage, and employee tournaments we’re required to play in.  More importantly, it includes making a kickass beer (other than Irish Death).

We will be dropping a “Fresh to Death” second seasonal track this year, which will include Gary Imperial IPA, A Fresh Hop Red Ale, and Cozy Sweater, in bottles.   “Finger Gun” our new session IPA, will be available in 6-pack cans. Speaking of cans; Cozy Sweater will be in cans. Speaking of sweaters, here is a picture of one: 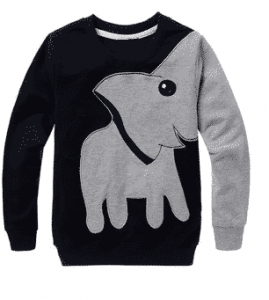 Also, we will soon be releasing a brand new, year-round IPA in 22oz bottles and draft.

Oh, yeah, and our next seasonal release is almost ready. It’s called Farmlandia. A farmhouse ale that’s bubbly, belgian inspired and delicious. Here’s a picture that we are repurposing because of laziness.

Although we may not do much, one of the things we do do (we do) is make lots of beer that your mouth appreciates.  You say you like to try new things, we say we like to make beer.  We’re a perfect match.  you’re welcome.

One comment on “You know us for our Irish Death, we know you for having a nice face…and a willingness to try new things.” Add Your Comment