If you know me, which you probably don’t, because I’m anti-social, but if you did, you would know that Scheduling Things is not one of my, er, best attributes. There is something so damn appealing about winging it and using gut instinct for, like, almost everything; the idea of planning more than 10 days in advance makes me very uncomfortable. I mean, I could be run over by a herd of wild elephants tomorrow, so why waste all that time worrying about next week, right? Also, if anyone has a lead on an elephant, we’d like one for the St. Paddy Day Half K. I don’t like being told what to do, even if it’s me, telling myself what to do. Apparently, I’m still a teenager.

However, I do realize this is a very selfish point of view, one I’m attempting to overcome in all aspects of my life; that having a plan for things, like say, scheduling a prostate exam annually (it’s still Movember right?) is good not only for me, but for potentially affected parties who rely on my being alive… you know, for example.

So, in the spirit of being less selfish and more about you, our bad ass customers and fans, which really is most important…come on, you know that’s true right… but also because the gapped tooth redhead, hamilton and flops asked for it; we have planned out our best guesses as to what beers you will see in 2017. Now that our distribution levels have expanded to 5 states, 27 warehouses, and those few self distributing fans in Texas, it probably is pretty important to know what the hell we are doing from year to year.

So with that, here is our best guess as to what your iron horse brewery social fuel experience will look like in 2017.

Have a read; Ask questions; Do nothing. I won’t tell you what to do.

( alternatively, you can just look at the 2017 Brand Guide if you want. We produce this thing for our wholesaler BFF’s, but you might like seeing the weird stuff we do. )

Irish Death
no surprises here. did you know that we make this beer? it’s a dark smooth ale, 7.8% abv, available on tap, in 22oz bottles, 6 pack 12oz cans and 16oz cans here and here.
509 Style
the 509 doesn’t quit. tractors and a nw mild ale seem to like each other, so we keep making it. 6.0% abv, available on tap only, because we like to frustrate our most loyal fans. just kidding.

Light Rail Ale
this blonde ale keeps on going. we call it the lightsaber of beers because, well, I don’t know why. it’s 6.0% and on tap only, mostly in the eastern part of washington state.

Finger Gun IPA
pew!, pew! this hoppy delicacy is back in full force; at 4.8% this bright, hoppy session-able IPA is my personal favorite and am glad to see it return in cans and now draught.
p.s. you may see this can get a redesign mid-year, because, apparently brand confusion is not a good marketing practice. stay tuned on that.
High Five Hefe
Ginger. Honey. Wheat. This congratulatory beer offers up the same hefe fresh flavor as before. Available year round on tap and in 22oz bottles and 6 pack 12 oz cans May – September.
Beer Wolf IPA
It’s new. It’s a bigger ipa, higher IBU, coming in at 6.8%; uses Comet hops to give it that ipa resin without the syrupy sweetness. you might detect a hint of grapefruit. or maybe not. Available on tap and in 22oz Bottles sometime in January 2017.

RIP Chauncy
as you may have noticed, the creatively named, Iron Horse IPA is no longer in the line up…we should all take a moment for Chauncy, the official Mascot of that beer whom we’ve all grown to love, but only marginally……there…moment done… which is why he is going to the glue factory. For all you Ellensburg area fans, don’t worry. Chauncy will still be around in limited quantities for a little while, anyhow. We’ll update you with more details when we have them. In the meantime, follow Chauncy on Twitter or if you are looking for a great time, on TINDER -he’s worth the swipe.

DOUBLE RAINBOW ALE JAN, FEB, MAR
OMG, or is it ERMG? Our number 2 seasonal is back in cans, in bottles, in your mouth. a red ipa or hoppy red ale you get to choose which of the two rainbows you’d like to take in. 7.0% ABV.

FOMENTER IPA JAN, FEB, MAR
you like to the stir the pot, poke the bear, provoke your friends? this beer is for you. weighing in at 8.7% abv, this 65 IBU beer will bring out that rebel spirit inside you just waiting to start some fun sh*t.

FASTER APR, MAY, JUN
we like things faster. downhill, uphill, walking, unicycling, you name it. so when Greg first eyed Buz Ras’s Seattle Speedometer FASTER sticker, and Buz first eyed Greg, Eyeing it. It was partnership made by drinking. despite the name, Faster is meant for those in-between times when you are hauling ass on your bike and getting home late for dinner. a delicious northwest ale with a little hop, a little malt, a lot of fun. 4.5%

SCHVALDISTANAPR, MAY, JUN
okay, we’re getting a little weird here. But it will make sense in a minute. Did you know there is not a definition for realizing you are not better than anyone and no one is better than you? Well there isn’t, so Greg and I made this name up. To be in Schvaldistan means you exist knowing that you are not that important, and neither is anyone else; it means you are free to do what the hell you want without fear of failure or judgment. It’s a nice place to be, Schvaldistan. As for the beer, we’re still working on it. It’ll be dark. Weird. probably a higher abv. no matter what, it won’t be that important and that’s okay. 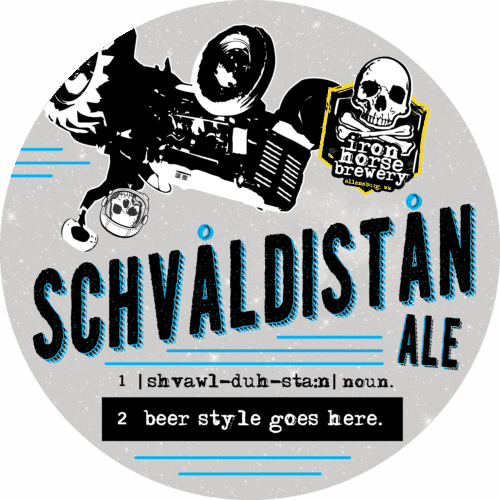 LIFE BEHIND BARS JUL, AUG, SEP
do you like to ride bikes, or trikes? do you like to play awkward prison games? are you a fan of slinging beer or bar hopping? life behind bars is beer designed for that thrill seeking badass who likes a lighter tasting and aromatic beer so they can keep on keepin on. at 5.5% this is as close as we get to making a kolschy type of beer. give it whirl; wait 60 minutes, then jump back on your pedal prison. 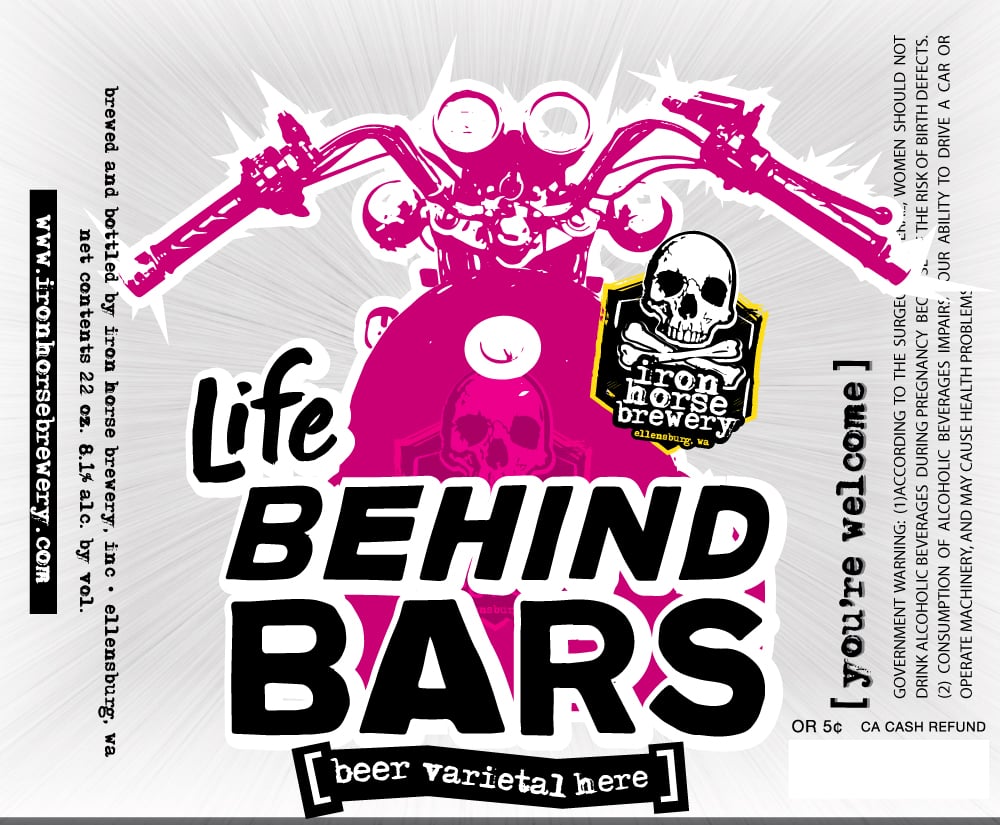 WE DON’T KNOWJUL, AUG, SEP
Ah, so THIS is why we don’t plan things out too far out in advance? So you’ll notice FARMLANDIA was in this space, according to that picture and up until 8 days or so ago, we were going to produce more of it. However, we like to listen to our wholesale partners occasionally, and we got the distinct feeling, this beer probably shouldn’t make the official list. for those fans, ahem, Nicole, we’ll probably find a way to make some of it.
MOCHA DEATH OCT, NOV, DEC
Espresso. Cocoa. Irish Death. What is not to love? Our most popular seasonal is back. No, it won’t be a year round beer. Or maybe it will. Probably not though. Don’t get your hopes up, Sammy. 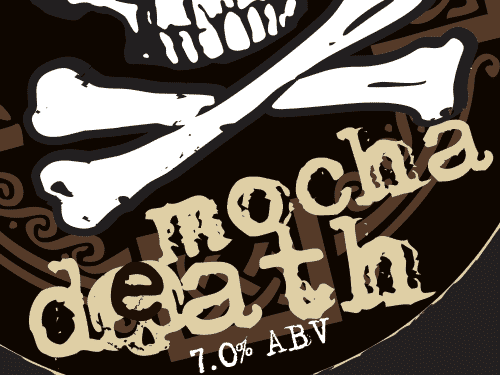 COZY-ER SWEATEROCt, NOV, DEC
There is a 50/50 chance this beer won’t actually get produced again. But we had to do something, right. Some of you seemed to like it. So there is that. 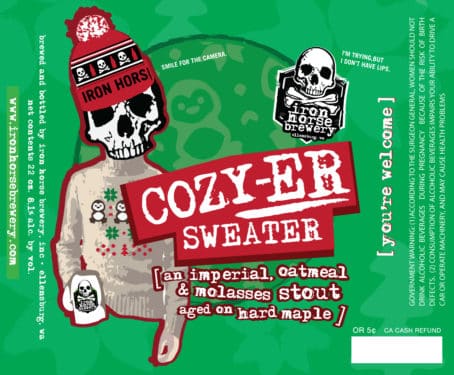 There you have it. Iron Horse Brewery’s beer in 2017 that you might actually get to taste. If I was too vague and you’d like more detailed mis-information, email me @ jared@ironhorsebrewery.com or twitter at @ihbjared. Or, lets be friends on MySpace. Tom is my friend.

Two quick notes on this:
1. if you are at [ the pub ], you’ll notice an increase in our pilot program beers; I suggest a visit on Monday, Tuesday, Wednesdays when you’re more likely to sample some of those pilot batches.
and
2. we could blow this whole thing up, because undermining ourselves is something we have done from time to time, and it’s kind of fun.