Faster, it’s an impulse that subconsciously drives a lot of my decisions even when it shouldn’t. It’s not always a good thing, but more often than not it is. Faster represents living a life with fewer limits and concerns. Faster is the devil on your shoulder that encourages you to risk more and fear less. Faster speaks directly to my emotional self without my cerebral self knowing. That’s why I like it. So, naturally, when I saw this sticker I had to share my discovery with the world. Months later I was scrolling through my Instagram feed and I saw it again. This time I decided it was time to take action, get a sticker of my own and figure out what this whole Seattle Speedometer business was. What I was perplexed to find was an Ellensburg address listed on the Seattle Speedometer website. Um, what?

That little bit of information warranted an email directly to Seattle Speedometer.

Here is what transpired. 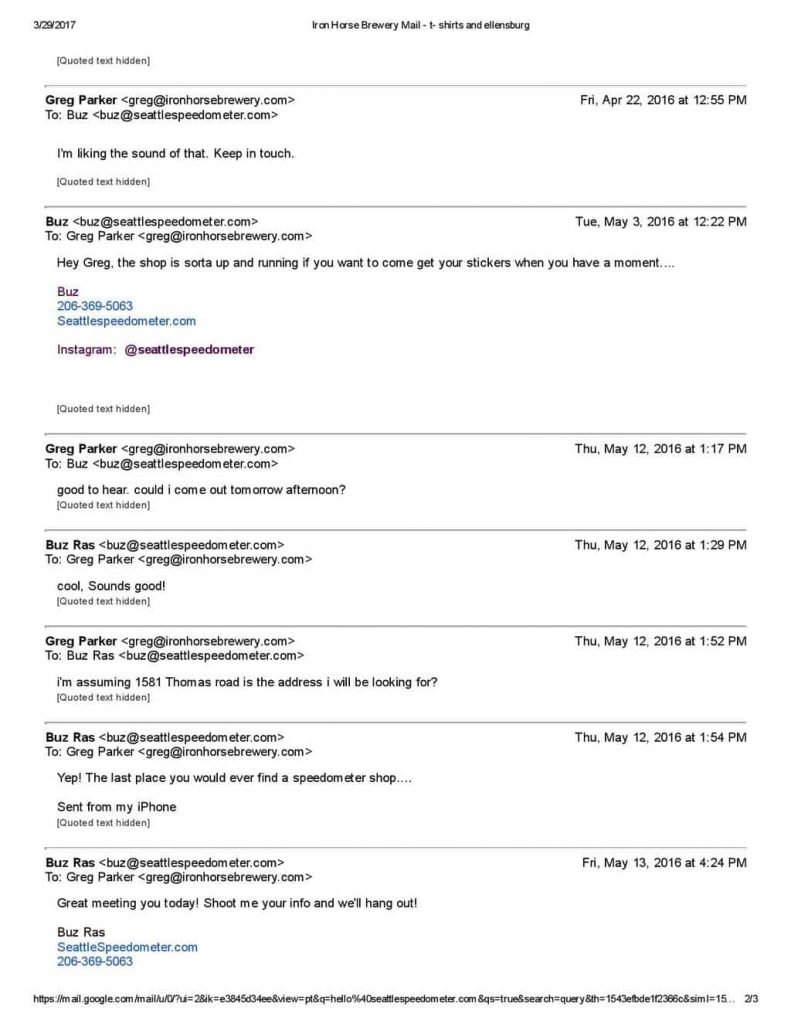 As you can see, in under two hours, Buz and I went from introduction to proposed and approved brand collaboration. That was Faster. And, in usual form, I’m glad it was. Faster, go for it, what have you got to lose?

Faster is a mindset that lives in all of us, threatening at any moment to push us a little harder, go a littler further, live life with fewer limits and concerns.  Faster is not always a good thing, but it’s usually the fun thing.  Living faster requires balance to keep going. That’s why we made this beer, IHB wants Faster NW Ale to remind you to go for it and when you’re done and it’s time to slow down we’ve got the beer for you.  The love child of an amber and pale ale, Faster is made with Brewer’s Gold, Chinook and Delta hops balanced with dark Munich. It’s available April – June on draught and in 22oz bottles.

We met Buz of Seattle Speedometer, and in true Faster form, proposed on the spot a co-branded effort, without much thought.  It became clear that Buz liked things Faster too. We agreed, let’s go Faster. 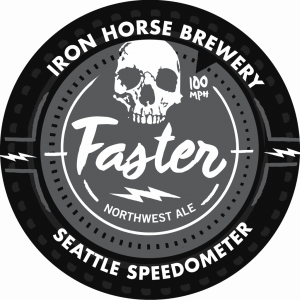