or something else entirely.

About two weeks ago, I ventured down to SoCal ( that’s Southern California, not Sol Caliente, Florida, – I had to look that up to make the joke work ) because Iron Horse Brewery decided to go into show business. We’re going to be famous. Okay, not really, but sort of. More of that in a second. And because of my very sordid past prior to working here, I sacrificed quality family time and ihb cousin time. Quite frankly, I think my trailer mates didn’t really notice my absence and my family kinda wanted me gone. Distance makes the heart grow fonder right?

What brought me down to Los Angeles, you ask?

Well, first of all. This. 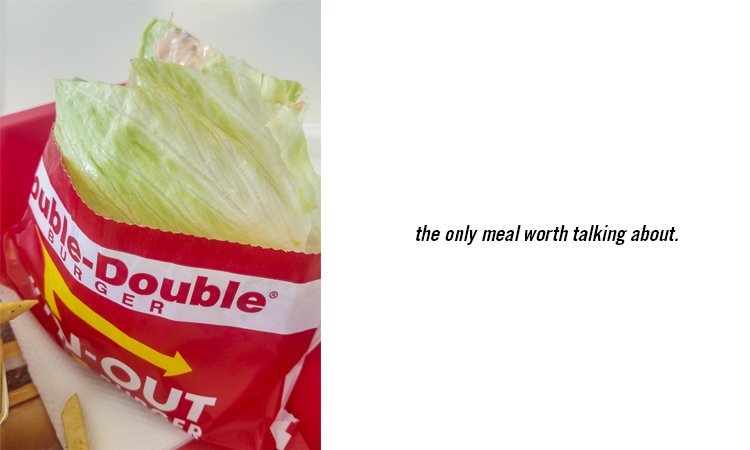 Now you might be thinking, “WTF, JARED!!! You go to In-N-Out and you get a F&*#-ing Double Double, animal style in a lettuce wrap, aka, protein style???”

Yes I did.
I mostly regret it.
But remember, I’m down here because the brewery is going Hollywood and my stupid vanity took over…I don’t need all those extra carbs. So stupid. #fail.

Besides torturing myself with an insufficient carb-over-meat blanket, the real reason I came down was because the brewery is helping to support a television pilot, called SpareMe. I was there to help ensure product placement made sense and looked good.

The basic premise of this half-hour comedy centers around an amateur bowling team set in Everett, WA. The lead characters, Max, played by George Stults and Ashley Burnett, played by Hunter Elizabeth are in a relationship that perhaps requires more attention than Max is giving it, because, well, his bowling team is vying to become league champions and that’s really, really important.

Also making an appearance: Robb Padgett who is a literal Jack of all trades and Jeremy Sonney who at one time correctly told me to take the tension out of my forehead. 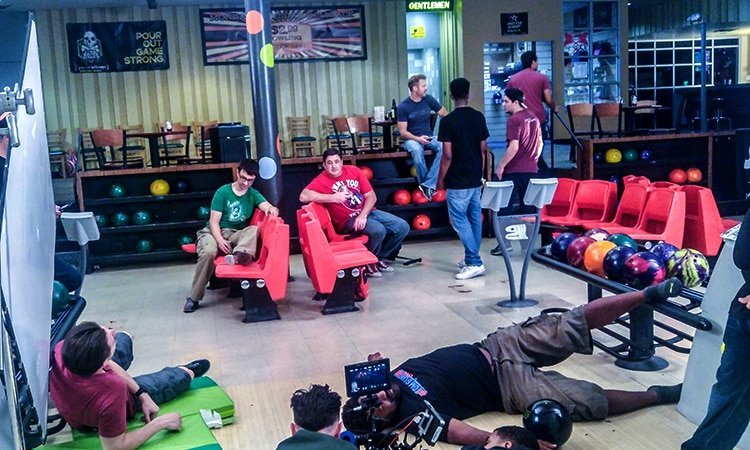 The show opens in the bowling alley, introducing the audience to Max and the teammates, Vince, Tony, and Harry, as they battle, what I consider the true stars of the show, Team Rosenblatt, of which I happen to be one of the most spectacular bowlers the world has never seen. I won’t reveal what happens, but suffice it to say, Team Rosenblatt will be the thorn in Team McCool’s side.

Because bowling, especially amateur bowling, is typically associated with beer, the producing team, Bryan Stratte and Dave Whatley asked to have a Washington brewery involved. They asked us.

Dave Whatley and I were roommates back in the 1920’s, which is how we connected, even though we haven’t had a conversation in about 4 years. You bastard, Whatley. You bastard.

Here’s the really cool thing. There are at least 4 CWU alumni involved in the project, two of which are leads in the pilot. Keith Edie and Kerri Van Auken. If this thing goes to series, I will only speculate how much our friends over at the CWU Alumni Association would love this kind of news.

As you can see, I took my job seriously. I believe out of the 32 or so scenes, 22-24 of them had some IHB representation in it. Yeah, product placement!! 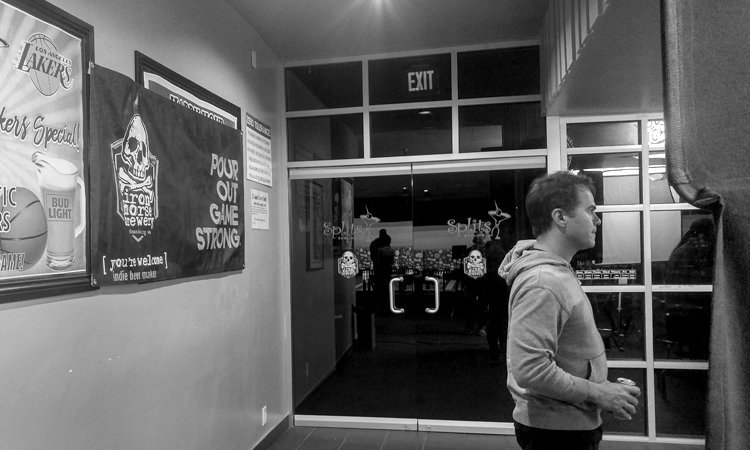 Slap up a banner and two big stickers and bam, instant brewery. No need for CGI here. 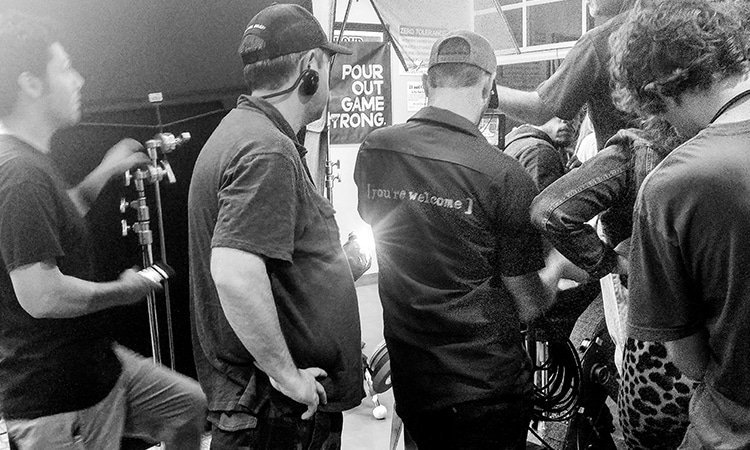 Director Bryan Stratte is [ you’re welcoming ] us, while Dave Whatley looks on wondering when he can go home. 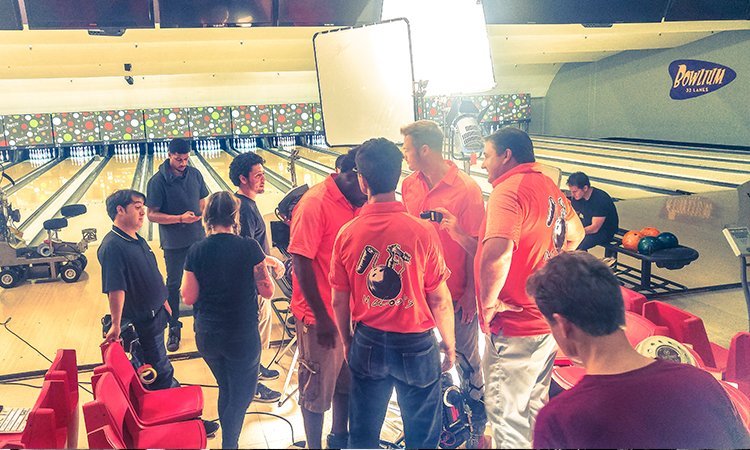 In this scene a discussion of how to win the game is usurped by Irish’s Death insistence on living up to it’s name….whatever that means. 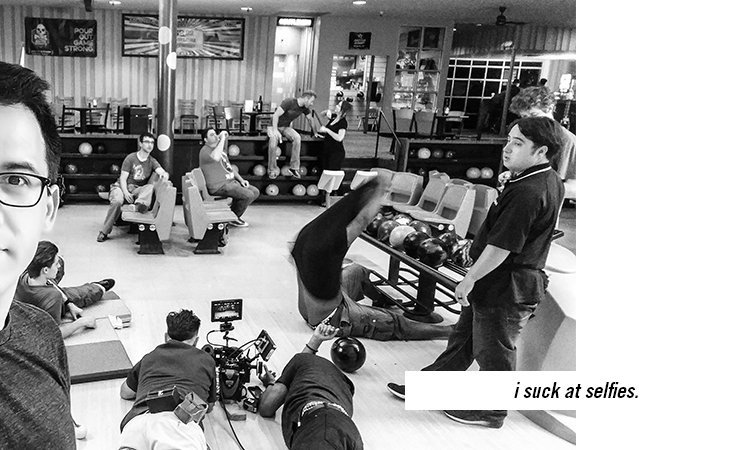 As you can also see, I suck at taking selfies. You’re welcome for the subtle butt crack shot, though.

It’s really anyone’s guess as to what will happen with the show.

I believe it is going to be pitched to a plethora, man I love that word, of streaming network providers all at the same time with the hopes of getting picked up shortly thereafter. Of course, there’s always the chance it does get ordered and the buyer decides that Iron Horse is a liability and boots us from the series. Hmm. That would be interesting.

We could then make a new show about an up and coming brewery that goes through trials and tribulations, only to be discovered by a down-on-his-luck talent manager, who thinks that brewery has what it takes as long at they are willing to make….a cider. But the brewery refuses, and the manager reluctantly still takes them on because…they have the spark. The something that eventually gets them to the top…

I better stick to my day job.

Hollywood is one big waiting game; so until we know more, I’m going to fly back down to LA and stuff my dumb face with copious amounts of In-N-Out fries and burgers, because #YOLO? Did I do that right?