In my day to day activities at the production facility at Iron Horse Brewery, there are 3 women I see (of 20 employees based out of the headquarters, two women are in production, 1 woman is our HR). Company-wide (including our pub and sales teams), there are 15 women of our 44 employees. While the… Read more » 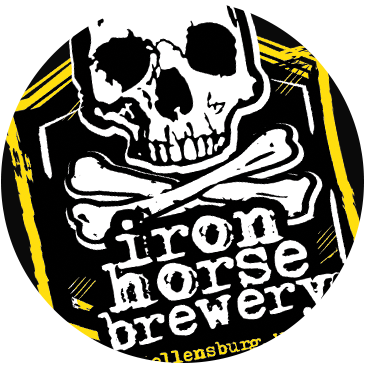 What is Quilter’s Irish Death?

A little more than a week ago, Seattle’s craft community lost one of its more impactful personalities suddenly and unexpectedly.  Matt Bonney passed away in his sleep leaving a void that will take a long time to fill. Check out this link for some background on the man… The beer world shocked and saddened by… Read more »

What is an IPA?

I am sure most people have now heard or googled and seen the history behind the India Pale Ale and how it came about from shipping beer from England to India. But what constitutes a beer being called an IPA in this day and age? Well, from doing some research if you feel like calling… Read more »

“What beer would you most like to try and why?”  When this question was posed to me for the assignment of writing this blog I thought it would be a relatively straightforward and easy question to answer.  As I thought about the question more however, the task proved more challenging than I originally presumed.  Without… Read more »

April 7, 1933, something really neat happened. Let’s let Wikipedia tell you what it was. The beginning of the end of Prohibition in the United States occurred as a result of the Cullen–Harrison Act and its signing into law by President Franklin D. Roosevelt on March 23, 1933. Upon signing the legislation, Roosevelt made his… Read more »

St. Patrick’s day is approaching which means a hangover is approaching. I am lucky that for whatever reason I rarely get hangovers but St. Paddy Day gets me every time. Even though there isn’t a drop of Irish blood in me St. Paddy Day has got to be one of my favorite times a year…. Read more »

We take a whole day out of the year to remember our former (and current) presidents. While it’s my belief that no one actually takes time to honor our prezzies, and instead uses the day as time to catch up on sleep, the holiday has got me askin’ some questions. Being president is a tough… Read more »