Jade, meet all these people. Oh good, you now you know each other.

Jade will be guest blogger here over the course of the next little while. or something. We’ll let her introduce herself and let you know the crazy bad assery (that’s a word, right?) that she participates in. If you are in Ellensburg the weekend of May16th-18th, be sure to go to the Eastern Washington Brewfest because it will be awesome. And then hit up Bares and Broncs find out a little about Jade and visit her while she slings beer for a good cause in the beer garden. The beers she serves you will make you feel like the ruler of an empire. really.

Go for it, Jade 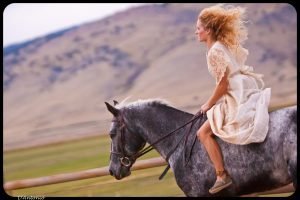 What do you get when you cross a beer geek with an obsessive horse lover? You get a woman who is determined to race 600 (self-supported) miles across the Mongolian Steppe, on semi-wild horses, in order to crack open an Iron Horse beer at the end. Ok, well, maybe you don’t always get this combination but in my case, I was lucky enough to.

At this point you’re probably asking yourself, “What the hell is she talking about?”

Let me introduce myself. My name is Jade Sevelow Lee, I’m 29 years old, and this year with the help of Iron Horse Brewery I will be competing in the world’s longest horse race. This is no ordinary horse race: this is the longest, toughest, horse race in the world; a recreation on Genghis Khan’s empire busting postal system.

Yea you know, that Genghis Khan, whose empire stretched across Asia in the 1200’s. His empire. I will be riding against 40 top-level international riders. My competitors range from an 8-time Grand National rider to professional jockeys, and we will all be on level playing field of Mongolian steppe. To stand a chance of finishing each rider must balance survival skills and horsemanship and to stand a chance of winning an extra level of determination and no small amount of luck is required. Enduring the elements, semi-wild horses as well as unfamiliar food and terrain, completing the derby is an achievement few can boast.

And while we’re at it, we get to save the world.

As a rider on the Mongol Derby the Adventurists ask you to raise a minimum of £1000 for charity, at least £500 of which goes to the official charity: Cool Earth. Along with the teams on the other adventures, we’ll be saving the world one rainforest at a time. Not because we’re tree hugging sandal weavers, but because the world would be shit without them.

Below is a delightful youtube link that always makes me cry at 1:07 and again at 1:53. Watch it and see for yourself. On that note, it’s time for me to head to bed as I have a long week ahead of me of riding, cross training and working (working?!).