Things are getting a little crazy around Iron Horse Brewery. Our staff count is growing. (not infection staff, human staff)
Finger Gun is taking off faster than we anticipated. Apparently, you all like to “pew, pew” more than we thought. This is great. But it also means the production staff is up to their eyeballs in beer. Sales is up to their elbows in notes and phone calls and marketing, well, we’re more irreverent than ever. Yes, watching cat shark riding the roomba counts as market research. So what does all of this activity mean? Good question. I’ll have our press release tell you, because I have to go read www.theoatmeal.com 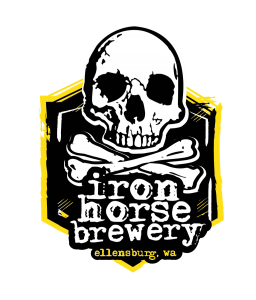 ELLENSBURG, WA (July 15, 2015)- Iron Horse Brewery announced today that it plans to expand its production facility on Vantage Hwy in Ellensburg, WA to better accommodate their insurmountable, and probably too aggressive 2016 beer production goals. “We realized that bankers were an underclass that needs help from anyone that can provide it. We decided it was a good time to jump in, take on a pile of debt and make sure bankers don’t have to dismantle their golden parachutes”, said Greg Parker, owner and gm of Iron Horse Brewery. “We also realized there is one badass group of consumers out there that like our beer and want more of it. So, that’s what we’re going do. Produce more beer”, commented Parker.

The 2015 expansion project involves site improvements and new brewing equipment. The Iron Horse Brewery production facility will add a new 2,300 sf refrigeration space and 1,600 sf warehouse space off of the east wing. On the west side of the building, a new 1,200 sf mill room and dedicated hop cooler will be added, making the total footprint of the production facility over 17,603 square feet.

New Brewhouse
Inside the production facility, Iron Horse Brewery will be installing a new 30 bbl BrauKon automated brewhouse. “Currently, we are brewing twenty-eight to thirty brews per week on a 15 barrel system, which doesn’t give a whole lot of flexibility,” said Tyson Read, head brewer of Iron Horse Brewery. “While I enjoy pushing equipment to a high efficiency level, moving to the fully automated, 30 barrel, BrauKon system will improve our material and labor efficiencies. The new system will give us a high level of consistency through the process, along with the ability to grow into the future,” commented Read, who likes butterflies and rainbows.

Timing
Ideally, all of this is complete by December 30, 2015. But Iron Horse Brewery doesn’t operate on conventional terms, so chances are the project complete date will be sometime in mid January.

To learn more about project, go to their unresponsive website:
https://www.ironhorsebrewery.com

[…] the iron horse brewery tasting room on prospect and closing of the micropub, then we talked about expanding our production facility because debt is fun, and also the time when we opened, then closed a coffee stand, and finally, […]