The Half K Recap That is Longer Than The Race

The Half K Recap That is Longer Than The Race

On March 14th, 2015 over 230 of you blood circulating humans descended on ellensburg, wa and walked/jogged/ran/sprinted in the first annual Iron Horse Brewery St. Paddy Day .5 K.

Ummm. What were you thinking? 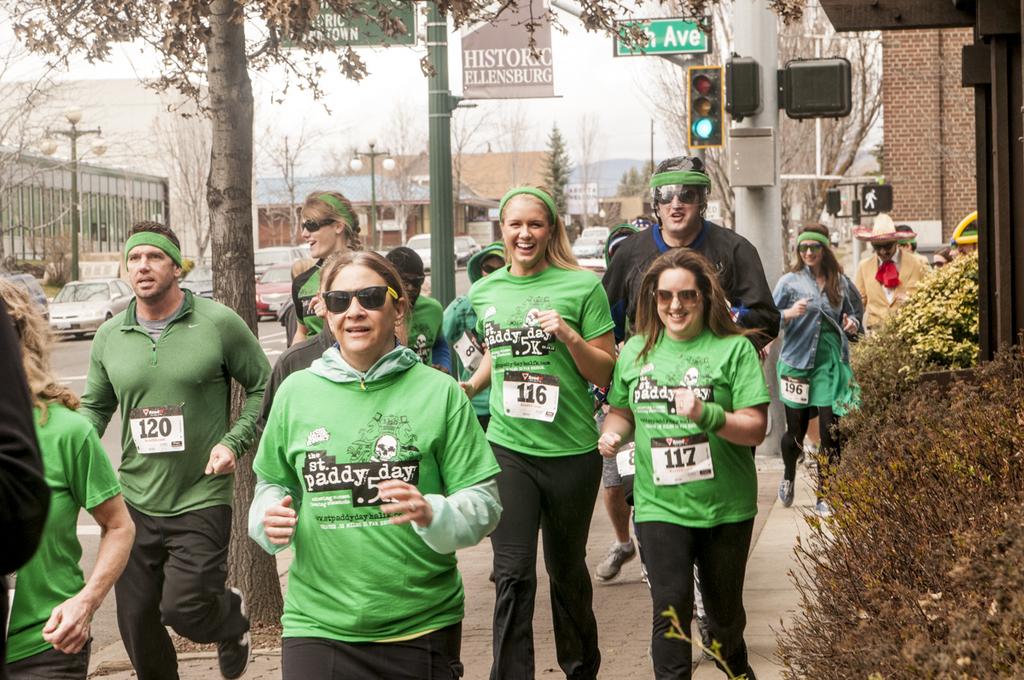 Whatever it was, I like it. You are bad ass people.

When the idea came up in January we were mostly joking about putting on a race of such minuscule distance. We had such fanciful ideas where a harpist would strum chariots of fire, three marching bands would play eye of the tiger throughout the race and there would be an elephant to ride. What transpired was even better.

And of course the st.paddy day half k race would have been infinitely more boring without the help of these people. (companies are people)

Shirtworks did an incredible job printing the Half-K Shirts, plus they helped offset the costs. Go get 3 shirts from them to say thanks.
Pizza Colin, as usual, contributed great tasting pizzas and ran in the race. Visit often and ask for “Jessie’s Beard” you won’t regret it. Unless, you don’t eat meat. Then you will regret it.
The Daily Record kicked in on promotions. Everyone should be a subscriber to the best local newspaper in Kittitas County.
Hidden Treasures tried to hide out, but they couldn’t.  Because they were right on Main Street.  Check out their new digs, right next to the Daily Record.
Borton Fruit – provided Apples.  A plethora of delicious apples.  Go find a Borton apple at grocer near you and thank it, by eating it.
The ReCycle Shop hosted our mono a mono bike fight along the race course.  Bikes are RAD.  RAD is a great a movie.
KIND bar gave us a bunch of tasty packaged goods to refuel along the route
RoadID provided our BIBs and made us look legit.
RufusTech provided virtual tech Support for our iWatch.
The Hair Cellar made sure we were all well groomed. As Greg said. The Hair Cellar is not where you go to store hair. It’s where you go to RESTORE hair. Boom.
Sara Jean Sweet’s gave us so many cupcakes and we didn’t share with any of you. It’s not true, but were wishing it was true. In any case. They are great. Go eat their food.
The Soup Bowl – I know some of you ate there, which is awesome, because those guys can rock the food.
The CWU Foundation emailed and called us all 5 times to renew our Alumni subscription. No they didn’t. And that’s a win. Just kidding.
The Gym provided us with rock-hard abs. Check them out. (the gym, not our abs)
The Carl’s Jr. mascot was in attendance.
88.1 the ‘burg – came out and played Danny Boy 42 times and also allowed Greg and Ross to talk…a lot.
Troutwater Flyshop – handed out lucky charms and also manned the front door. Overachievers, really.
Umpqua Bank allowed us to use their parking lot as a finish line.  Go deposit and withdraw money from them like the champ you are.

ALL of this activity for a .31576 Mile Race to raise money for FISH Food Bank

Again, on behalf of ALF fans and buttered popcorn everywhere, thank you for making this a great event.

Oh, and I am starting a rumor that there might be a Halloween Half-K in Seattle.  We can neither confirm or deny this.